A tapestry of taste in Puerto Rico 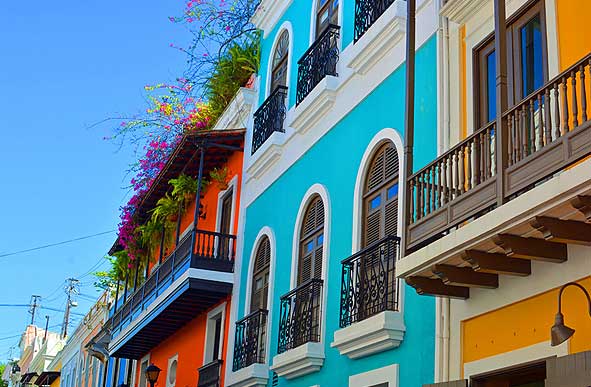 “Puerto Rico is the anti-all-inclusive,” says our tour guide. At first, I’m puzzled: this sun destination has no shortage of beaches or beverages. However, it’s while touring San Juan that Leopoldo’s words resonate with me. Instead of sprawling resorts with mundane buffets, this lively island just south of Miami is rich in history, the arts and music.
Above all, Puerto Rico offers a fiesta of international flavours for visitors to savour and explore.

Puerto Rico’s food influences
Embarking on a Puerto Rican culinary journey requires a little time travel. Locals call their cuisine cocina criolla, or Creole cooking, reflecting a food culture heavily influenced by its inhabitants over the last few centuries. You can expect to taste some surprising culinary creations, inspired by the cooking traditions and practices of the original peoples (the Taíno Indians), Spanish and Asian settlers, African slaves and their descendants, and naturally, American culture.

“We’re the melting pot in the Caribbean,” a local tells me. “Puerto Rico is part of the United States, but we dream and think in Spanish.”

Just about every restaurant serves mofongo: an Afro-Puerto Rican dish made of fried plantain mashed into a bowl filled with a spicy stew. It’s sort of like a twice-baked potato, Puerto Rican-style. 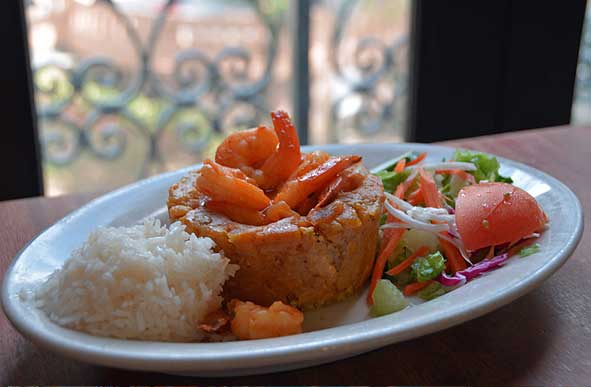 At Café Puerto Rico, you can add shrimp, pork, fish or chicken to what’s considered the “unofficial national dish.”

Although mofongo tantalizes, its origins are less appetizing. After colonizing (and killing) the Taíno in the early 1500s, the Spanish began importing African slaves to Puerto Rico. With these enslaved Africans came mofongo’s cousin, fufu—a West and Central African dish made from boiled root vegetables that’s pounded into a doughy ball and served with soup or sauce.

Inspired by Taíno cookery, a wooden pilón (mortar and pestle) was used to mash the plantain with garlic, olive oil and chicharrones (deep-fried pork skin). A Spanish seasoning was added with sofrito—a sauce of sautéed garlic, onion, paprika, peppers and tomatoes.

If you’re just there for a snack, order a shot of hot chocolate that’s so rich it could
almost be considered a meal. It’s served the way that rural Puerto Ricans once drank it: with a hunk of cheddar cheese melting in the centre. “It’s an old tradition from the countryside,” says the waitress. “Eighty years ago, chocolate, cheese and coffee were cheap and easy to get. So the rural poor often ate bread, cheese and a cup of hot
cocoa.”

Superstar chefs and upscale eateries
“I like to feed the people,” says Roberto Treviño, owner and executive chef of Budatai. I’m standing in the restaurant’s kitchen, watching Treviño hastily prepare a line of appetizers. It’s steamy and the sizzling from the fiery stoves is deafening; but this is how to interview a celebrity chef. When Chef Treviño isn’t cooking at Budatai or launching new restaurants, he competes on Iron Chef America. In between questions, appetizers of halibut sashimi and pork dumplings are whisked out of the kitchen. The plates return empty, as if licked clean. 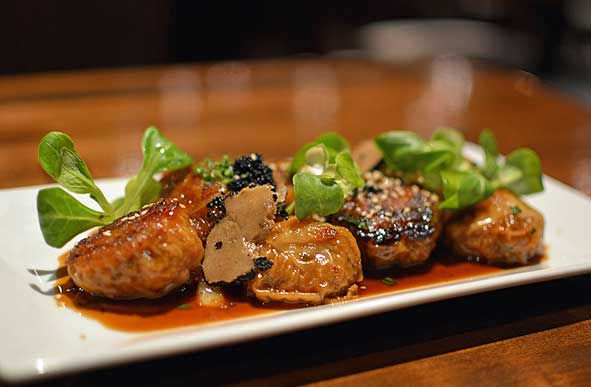 “This is the house that dumplings built,” says Treviño. “It’s the reason we got so popular.” Budatai has become one of San Juan’s trendiest eateries, coveted for its exquisite Asian-inspired Puerto Rican cuisine.

Don’t despair if a reservation at Budatai isn’t in the cards: San Juan is hopping with superstar chefs and upscale eateries, and a hot new restaurant is always opening. Just ask your hotel concierge or a local guide for their top picks.

Roadside grills
For a rustic culinary experience, drive to Loíza for a trail of roadside grills serving African-inspired Puerto Rican cuisine. Few tourists venture this far, but it’s worth the 45-minute trek from San Juan to experience the food and fascinating history. The area was settled by African slaves during the 16th century, and today, it’s the heart of the Afro-Puerto Rican community. Across the street, there’s also a strip of golden beaches—mostly deserted, except for a few locals. 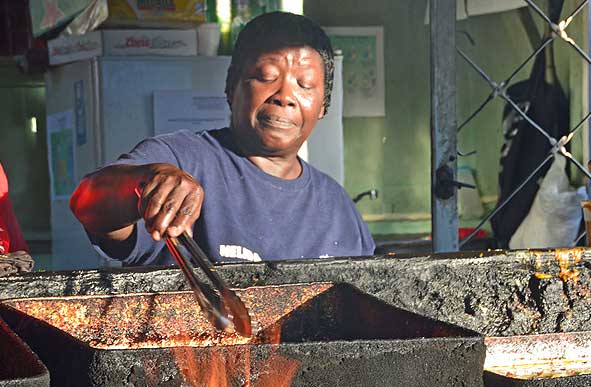 Driving into Loíza, thick smoke from the fogons (wood-fire barbecues) hits my windshield before the shacks are even visible. The scent of charcoal and smoldering meat wafts by in the balmy air. Apparently, I’m not the only one following my nose: I join a line to order fritters, chicken and beef kebabs, and root vegetables roasted over the bonfire.

“The Taíno taught us to cook cassava on stones,” says the tourist official. She’s referring to a root vegetable, resembling a yam, that’s a staple for the locals. Cooking over hot stones isn’t the only way to prepare it, either. The root is also peeled, boiled and mixed into a stew with plantains, potatoes, yautía and other vegetables.

One bird, two wings
Back in San Juan, keep your eyes peeled for hints of Cuban-inspired cuisine, another cultural fusion that flies under the radar. “You see it in music, salsa, beverages,” says a local tourism representative. “The Mojito is so trendy here and it’s Cuban.”

Cuban-inspired gastronomy often comes with a side of politics, given the tenuous relationship between the two islands. Some Cuban families migrated to Puerto Rico during the communist revolution, bringing their culinary traditions. Meanwhile, many left-leaning Puerto Rican independence activists celebrate Cuban cuisine as a means of honouring the movement. “Culturally, there is a close relationship between the two islands,” says the tourist board official. “Our flags are even opposite colours. We’re a bird with two wings.”

Politics aside, Puerto Rico likely has a remedy for your hunger pangs. With such a rich tapestry of interwoven cultures, this sunny island to the south bears more than two wings: it’s like a lively bird with rainbow feathers.

Lisa is a food and travel writer based in Hamilton, Ontario. Aside from regularly contributing to Travel Life, her work has appeared in The Globe and Mail, Toronto Star, The Independent UK, Saveur, CAA Magazine, Huffington Post Canada, Delta Sky Magazine, WestJet Magazine, iNews UK, Time Out, Fodors, The Food Network Canada, and many others.

No Responses to “A tapestry of taste in Puerto Rico”