By Martha Chapman |
JOURNALS Pay It Forward
Share the love

Portland, Oregon is home to a community of benevolent, supportive creatives. 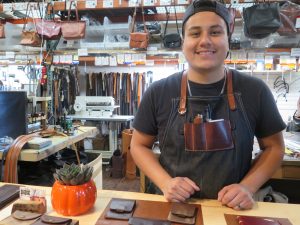 It’s a busy afternoon in Portland’s Oregon Public House (oregonpublichouse.com). Locals line up to place their orders—many opting for the neighbourhood bar’s bestseller, Aletruism beer—while a gaggle of out-of-towners pore over the menu, deciding which charity they are about to support. That’s because The Oregon Public House is America’s first not-for-profit bar. Founded five years ago, the pub combines great food, a welcoming atmosphere and the giving nature of Portlanders. When you place your order, you decide which of six charities you want the profit from your meal to go to. To date, the bar has contributed over $150,000 to local causes, from animal shelters to the homeless.

In many ways, The Public House represents what is best about Portland, the sometimes-soggy, but infinitely charming city on Oregon’s Willamette River. It’s a microclimate of caring and environmentalism, where seniors are referred to as “Honored Citizens” by the local light rail transit system. It’s where solar panels on trash cans along the street provide energy to compact the garbage, allowing for fewer pickups. And it’s where neighbourhood residents team up to transform intersections and public spaces to create meeting places and expressions of colourful funkiness.

Portlanders are proud of their businesses—the “Makers” in local parlance—where things are made the old-fashioned way: one at a time, using local materials. There are dozens of businesses, 90 per cent employing fewer than five people, making clothing, crafts, furniture and more.

If you’re crafty, you’ll love ADX (adxportland.com). The combo warehouse-incubator-workshop-studio is devoted to creating space in which to be creative. Tourists are welcomed with a host of one-day courses, from screen printing to leather working. Plus, you get to hang with some of the city’s most artistic and inventive characters.

And you won’t go hungry or thirsty in Portland, where the emphasis is also on local. Home to more than 75 breweries, suds are never too far away and the local wines are world-renowned. It feels like coffee was born here and the donuts rival those of a certain Canadian chain. Not to be missed is the food cart (what we call food truck) scene, often several clustered together to give you a cosmopolitan choice in casual, fun dining. 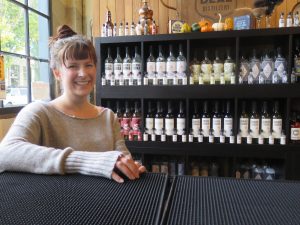 Best of all is Portland’s quirky charm—or as the locals say with pride, “Keeping it weird.” I noticed a 20-something guy, waiting for a bus, elaborate tattoos and piercings, reading Wuthering Heights. The Portland Art Museum (portlandartmuseum.org) has offbeat ways to get you in the door; last fall it featured an Art and Beer “Pitchering Oregon” event serving beers and ciders inspired by Oregon-based artists. And so it goes.

It’s worth a visit to this artistic, benevolent and kind community. You won’t be disappointed in Portland.

Born in Montreal, Martha has been in the travel industry all of her working life, starting as a sunburnt but happy hotel receptionist in Bermuda at age 19. Today she is a travel writer, content provider and public relations consultant. Now with 42 (or is it 43?) countries under her belt, she continues to love being on the road or in the air, connecting with the locals and her fellow travellers.

No Responses to “Quirky, Creative — and Kind”