Sicily’s sights and abundance of food influences make it a delicious place to visit.The sun shines down in shafts at the Nuara Cooking School (cooksicily.it) in the medieval seaside town of Trapani. Around a large, high table, a ragtag group of Brits, Canadians and Americans is energetically mashing basil leaves in wooden bowls, learning how to make a typical Sicilian pesto. It’s motto semplice (very easy), chef Paolo Salerno assures us. Sure enough, within 10 minutes, we are sampling the fruits of our labour, which tastes like no other pesto any of us has tried before. 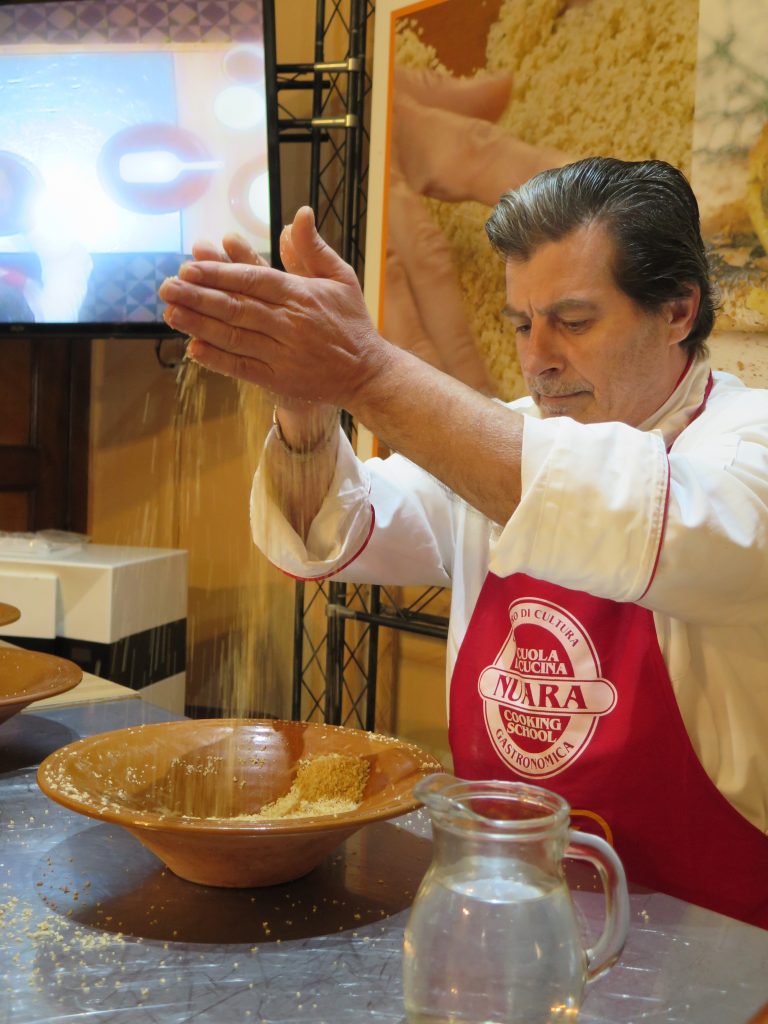 Which seems so typical of Sicily. It’s Italian and yet…

At the crossroads of the Mediterranean, this triangular island—the huge “football” that the toe of the boot of Italy seems to be kicking in some perpetual soccer game—is a surprising mélange of cultures. Going back to ancient times, Sicily has been inhabited by Greeks, Arabs, North Africans, Spanish, French and more, resulting in a uniquely Sicilian language, culture and cuisine. 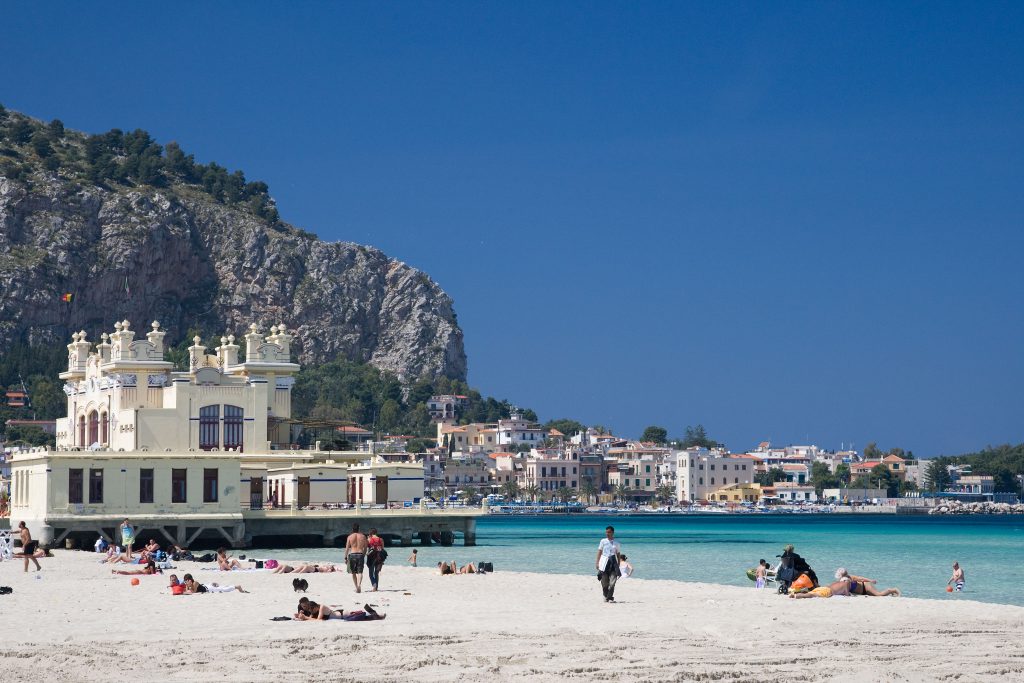 Add in a warm Mediterranean climate, excellent tourism infrastructure and attractions ranging from the famed mosaic “bikini girls” (more about them later) to ancient ruins and wide, sweeping beaches, wineries and countless sidewalk cafés, and you begin to get a picture of Sicily’s diverse charms.

Many visitors come just for the chance to visit Agrigento. This splendid archaeological park features temples that gleam white in the dazzling sunlight, the pillars so pristine you almost expect to see a toga-clad worshipper step out from behind one. There are five temples in all, comfortably experienced on connecting paths. They are easily as stunning as Athens’ Acropolis, minus the crowds and the lineups.

You also can be injected into the 21st century amid the chaos, noise, beetling cars and teeming sidewalks of Palermo, the island’s capital. With a population of 1.2 million, Palermo is also the island’s headquarters of culture. And with almost 2,700 years under its belt, it boasts a huge diversity in architecture—there are countless palaces, many open to the public, and churches ranging from Baroque to Norman. Escape the traffic with a visit to one of several spacious parks, including the oasis of the Giardino Garibaldi, or even better, a colourful street market.

Palermo is also home to the largest opera house in all of Italy, itself a magnet. Or, for slightly lower-brow, but still delightful entertainment, take in a puppet show. Puppetry is serious business in Sicily and the pupi, as they are known, are each a work of art. Staged in a tiny theatre and featuring metre-high marionettes in a plot full of satisfyingly evil bad guys, fluttering princesses and swashbuckling heroes, a puppet show is a charming way to spend an hour. Subtitles are not necessary, though the audience is expected to ooh and boo at appropriate moments.

And don’t forget the bikini girls! They live at the Villa Romana del Casale, a 4th century hunting lodge now famed for its 40 rooms of wonderfully preserved mosaic floors, including the Room of 10 Girls, where, in thousands of tiny pieces of tile, 10 fit-looking women are portrayed, dressed for a gymnastic workout in skimpy bikinis that would have shocked our grandmothers. 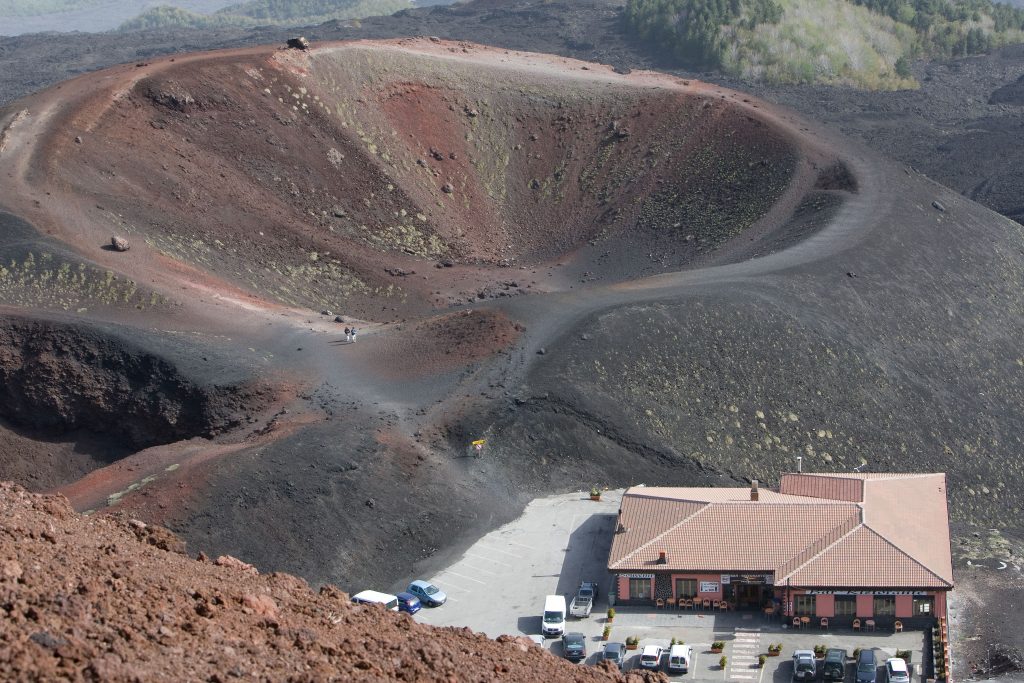 For explosive charm, nothing beats Mount Etna, in a vast plain on the island’s east side. You know it’s an active volcano when the guidebooks describe it as “currently” 3,292 metres. There are safe, well-marked paths along the side of the mountain, formed by the endless sea of grey grit that blankets Etna. If you time your visit right, you will be rewarded with a gargantuan, smoky belch from the mountain.

Food is important on any holiday and Sicily won’t disappoint with cuisine, which is way more than simply Italian. The fertile volcanic soil provides a cornucopia of lemons, tomatoes, artichokes, eggplants, zucchini, capers, peppers and olives. As well as such historic imports as couscous, traditional local food includes arancini (little breaded rice balls) and salty pecorini cheese. Being on an island, you are never far from the sea and local seafood includes the freshest anchovies, tuna and calamari. Of course pasta in its dozens of permutations and delicious varieties is available—all freshly made, of course. (“I once went to New York,” chef Salerno told us with a shudder, “And saw spaghetti… in a can!)

Bring your sweet tooth to Sicily and you’ll enjoy refreshing granita, a sort of Sicilian slushy, as well as locally made chocolate in the Baroque town of Monica and, beloved worldwide, cannoli: tube-shaped shells of fried pastry with a sweet, cheese (fresh ricotta) filling. The only word of advice is to not be too ambitious when you visit Sicily: at almost five times the size of Prince Edward Island, there’s a lot of ground to cover and charm to unveil. And food to savour!

Ingredients
10 basil leaves
1 diced clove of garlic
1 diced tomato (“It must be a perfect tomato!”)
6 almonds
Salt to taste (Or, as chef Salerno suggests: “One big salt.”)
No parmesan! No pine nuts!

To make
Mash to a fine paste
and serve with pasta. 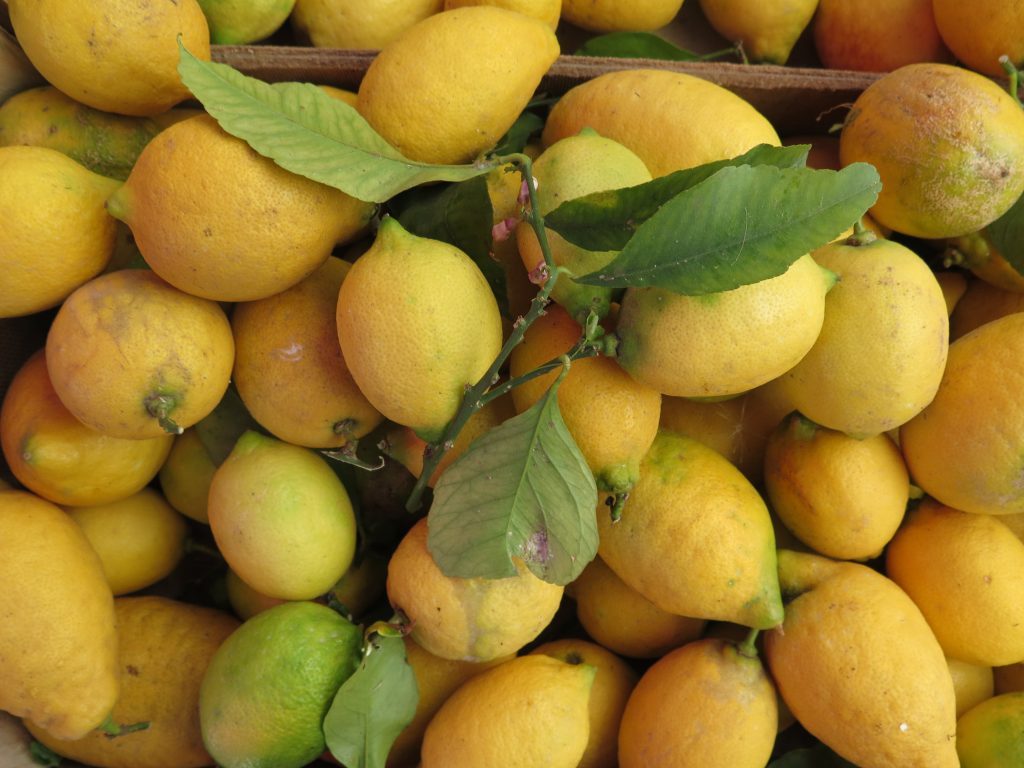 Born in Montreal, Martha has been in the travel industry all of her working life, starting as a sunburnt but happy hotel receptionist in Bermuda at age 19. Today she is a travel writer, content provider and public relations consultant. Now with 42 (or is it 43?) countries under her belt, she continues to love being on the road or in the air, connecting with the locals and her fellow travellers.

No Responses to “Delizioso!”