My numerous visits to the Rocky Mountains in Alberta have typically been driven by two desires. First, to spend time with family. Second, to explore the mountain playgrounds in and around Banff and Jasper National Parks.

At the height of the economic boom in the 1990s, four of my Ontario-born brothers lived in Alberta. Most of my visits include a requisite road trip down the Trans-Canada Highway from Calgary to Banff, a journey that leaves me gob-smacked each and every time: the unfolding of the Rocky Mountains in the distant horizon as one gets closer to Canmore and Banff is pure magic.

My last visit to southern Alberta took a different turn–literally.

Instead of following the Trans-Canada Highway from Calgary, we headed south on Highway No. 2 toward Okotoks and detoured to the small town of Turner Valley. That’s where I first experienced the energetic spirits and brew movement that’s reinvigorating the brewing-and-distilling scene in Alberta.

David Farran founded Eau Claire Distillery in Turney Valley, about 60 kilometres southwest of Calgary. He did it out of a passionate belief that Alberta’s world-class grain should be at the foundation of a strong, home-grown distilling culture. 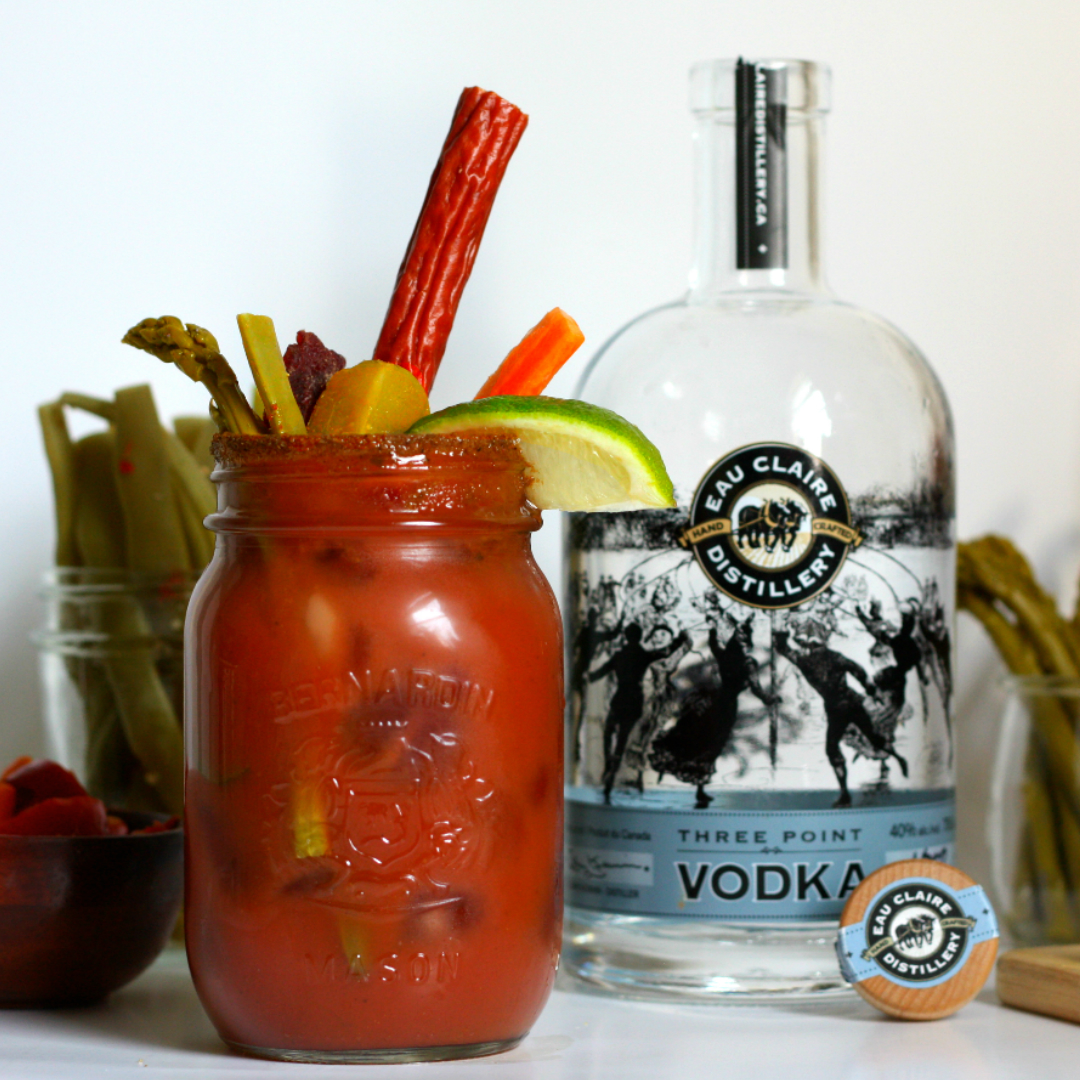 “For decades we shipped our grain worldwide for spirits production. I always wondered: Why weren’t we using one of our best agricultural products to produce our own spirits?”

Farran, whose family had long-running roots in farming, drew on his career in the brewing industry and love of ranching to found Eau Claire Distillery in 2014, Alberta’s first-ever craft distillery.

As co-founder and distiller Larry Kerwin explains: “Much like wine, where vintners have known for years that different microclimates and soil conditions create different flavours, Eau Claire is one of the first to source grain according to terroir. So your Eau Claire small-batch whisky, like a fine wine, will vary slightly from year to year as the flavour of the grain correlates to the terroir of the farm.” 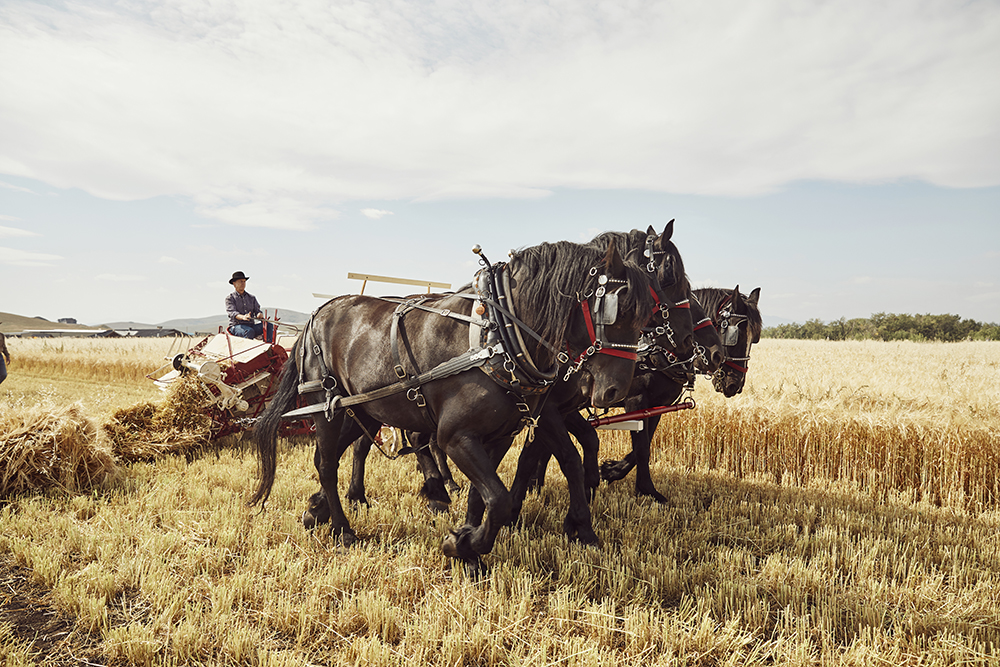 Eau Claire spirits include the multiple-award-winning Prickly Pear EquineOx (which is described as “a barley-based alternative being somewhere between a gin and a vodka”), Three Point Vodka, Parlour Gin and Single Malt Whisky. All Eau Claire spirits are certified as craft because they are handcrafted in small batches in a single distillery.

“Our vodka is hugely popular, as well as our whisky and gin. The locally grown malting barley, an unusual base for vodka, gives it a smooth, clean taste with strength and hints of sweetness and character,” says Kerwin.

Master distiller Caitlin Quinn came from Scotland to work at Eau Claire, where she’s helped produce Alberta’s first single malt whiskey. “There aren’t many female distillers in Scotland, where whiskey is a religion, and here I get to be part of something new and very creative.”

Down the road in Canmore: Raw Distillery

Brad Smylie, co-founder with wife Lindsay of Raw Distillery in Canmore, followed his passion and a family legacy. Brad’s great-grandmother was a bootlegger in a tiny mining town in Northern Ontario several decades ago. 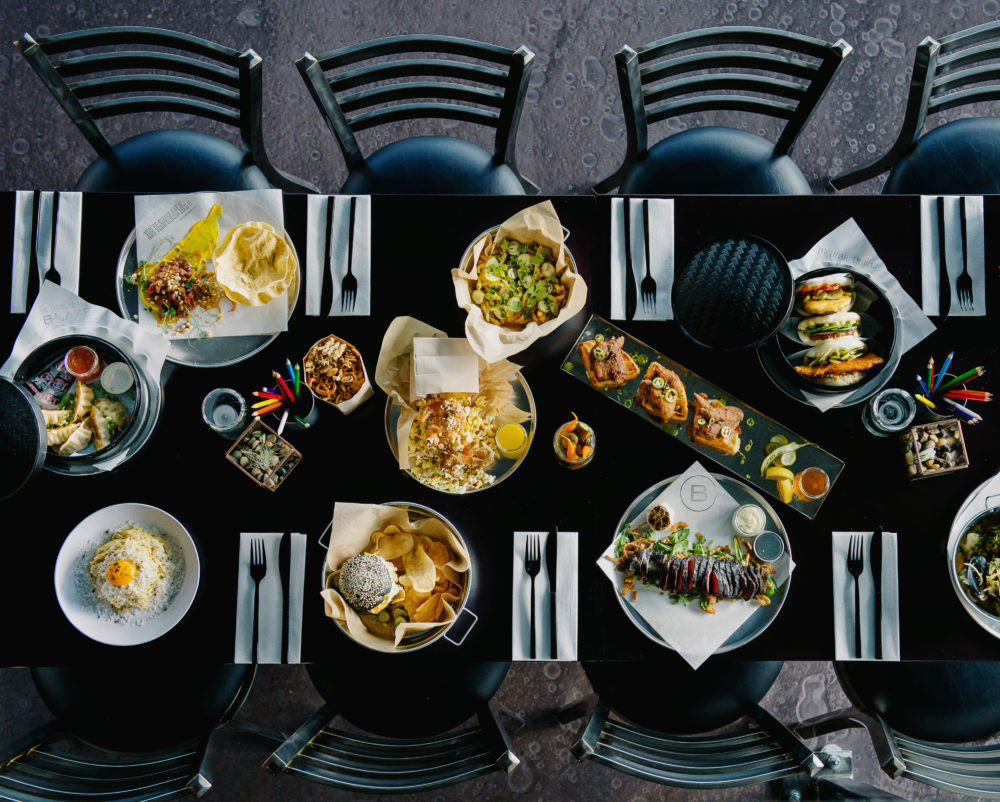 Lindsay, a former business consultant, did not inherit anything remotely related to a moonshine gene–nor even a love of gin. “If someone told me five years ago that gin would become my full-time passion, I would have laughed them right out of the room.” That, of course, has changed–considerably.

“I had no idea gin could be a balanced, delicate expression of so many different flavours,” says Lindsay. Establishing their distillery in Canmore, about 25 kilometres outside Banff, the couple threw their resources and passion into distilling.

To date, they’ve produced Raw Rye Unaged, Raw Vodka (with glacial water from the Rocky Mountains and locally-grown Alberta grain), Lemon Gin and, a huge hit, Raw Peppercorn Gin (made with Tellicherry peppercorns from the Malabar coast of India). A must-try: Botanical Gin. They make it with five botanicals, including juniper, hand-picked spruce from Canmore, coriander, orris root and a touch of lavender which Lindsay harvests from her grandmother’s garden.

Thanks to a partnership with the popular Blake Restaurant, Raw Distillery spirits can be purchased to go or enjoyed with a meal.

Park Distillery in the heart of downtown Banff is not only a distillery. It’s a restaurant, spirits shop and one of the most social hubs in Banff. It has two other claims to fame: it’s the first-ever distillery in a national park in Canada and the first bona fide craft distillery restaurant in the country. 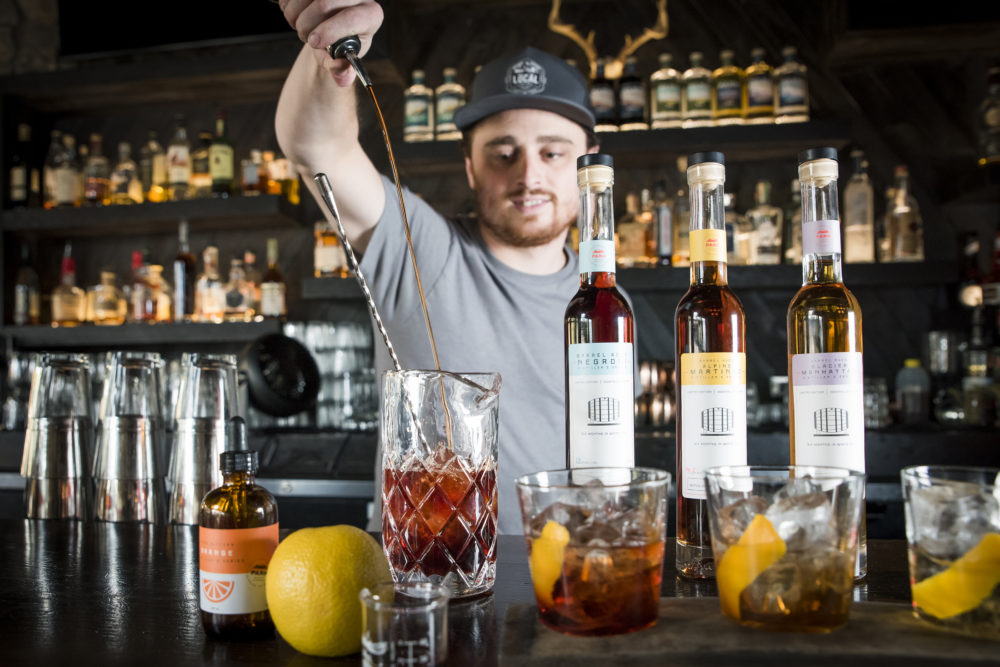 “The two special ingredients that have made us successful are our water, which originates at six glaciers high in the Rocky Mountains, and our grain, grown on high-altitude farms in the Alberta foothills,” says master distiller Matthew Hendriks.

He originally came to Banff for skiing and snowboarding about 15 years ago. After stints bartending, he was lured into the world of distilling. “The concept for our establishment is a backcountry cabin where we use our own spirits to offer highly innovative cocktails complemented by our version of campfire cooking.” Hendriks and his team use hand-mill, hand-mash and hand-distilling processes to preserve the purity of ingredients. They only produce in small batches in the glassed-in distillery visible from the bar and dining area. 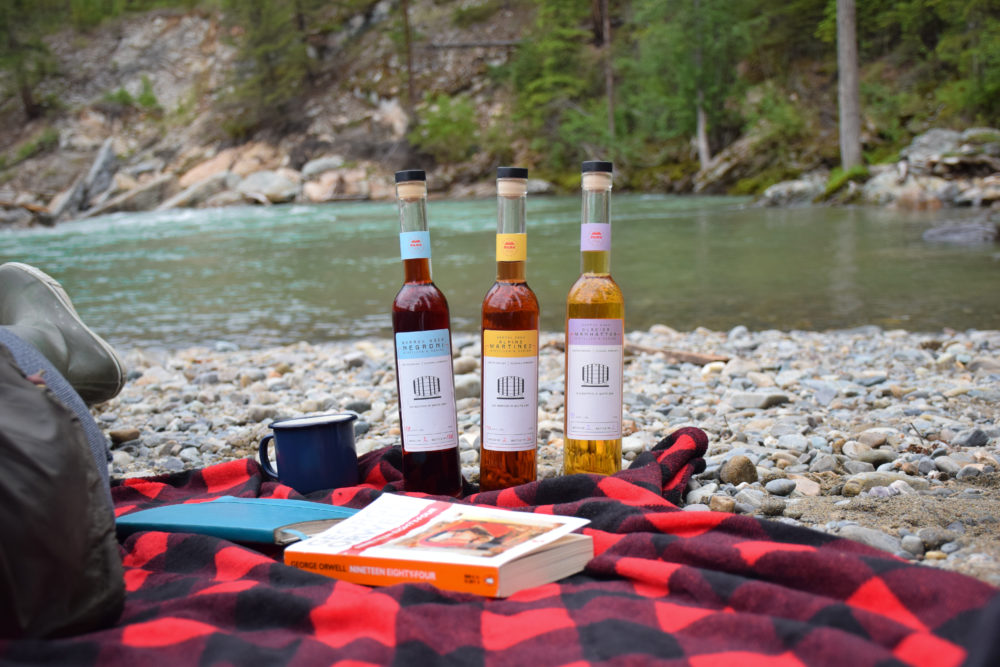 Three ingredients have made Last Best Brewing & Distilling one of Calgary’s most successful pubs: an appreciation of history, the bonds of friendship and a commitment to brew the best beer in the province. 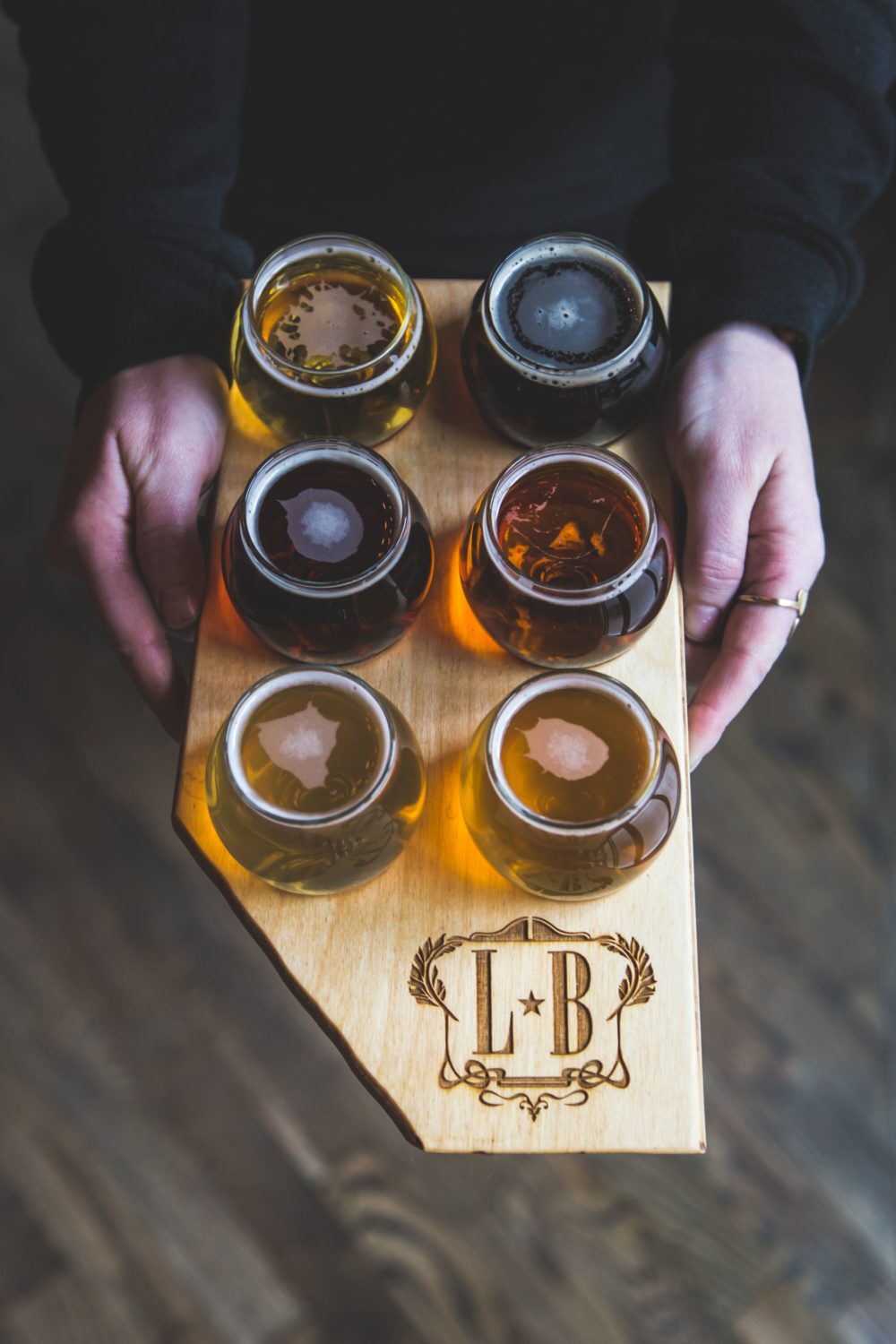 The Prairies used the campaign slogan “Last Best West” from the late 1800s to the start of the First World War. They used the slogan to entice prospective immigrants to settle in the Canadian Prairies. “We believe the accomplishments that resulted from the first Last Best West initiative paved the way for the budding craft beer and distilling industries here in Alberta,” says co-owner Brett Ireland. “And we have the best barley in the world to make some of the best brews in Canada.”

Last Best focuses on its award-winning craft beers. Plus a range of its own rum, rye, bourbon, gin and single malt whiskey. It also serves up spirits and brews from sister brewers Jasper Brewing Co, Banff Avenue Brewing Company and Wood Buffalo Brewing. 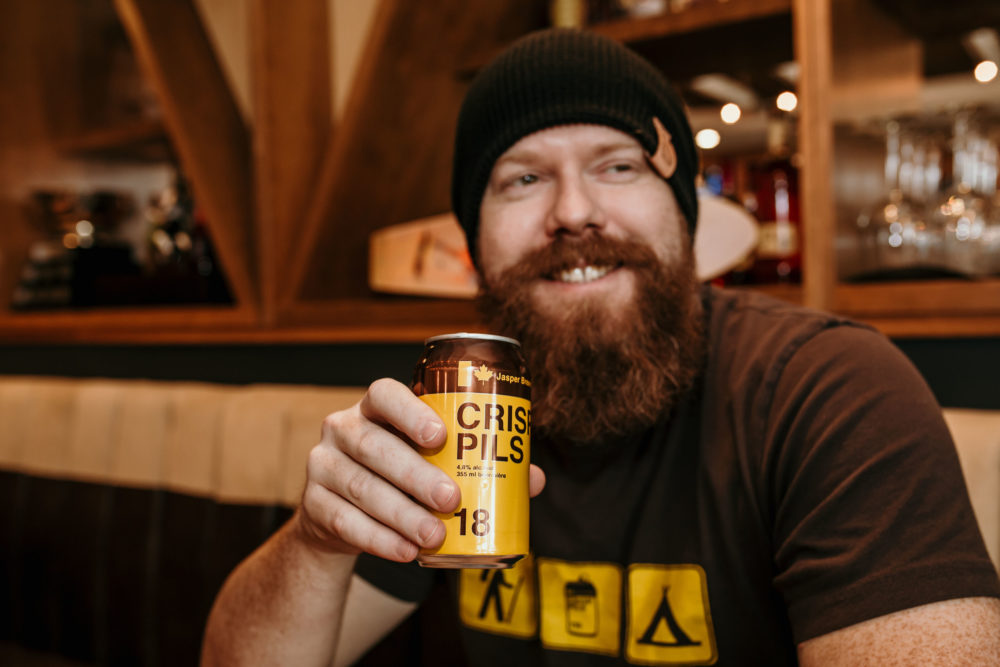 Where else to find Alberta’s innovative spirits

In addition to the distilleries, Alberta’s spirits and brews can be enjoyed in many bars, pubs and restaurants. 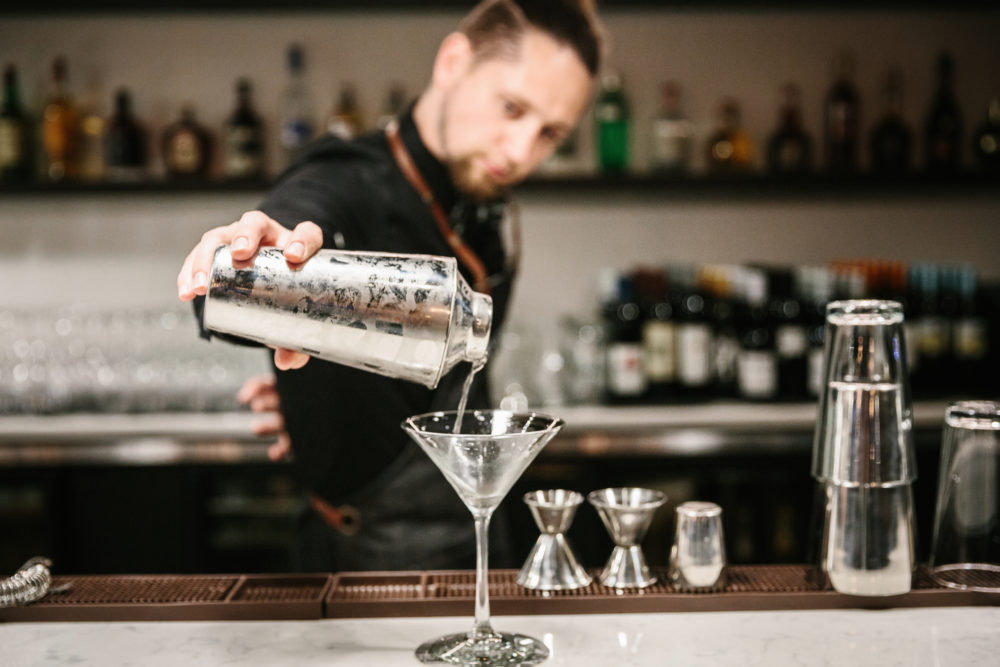 Atop Sulphur Mountain in Banff National Park, accessible by the popular gondola, is probably the highest drinking spot in Alberta. It’s got incredible views of six mountain ranges. 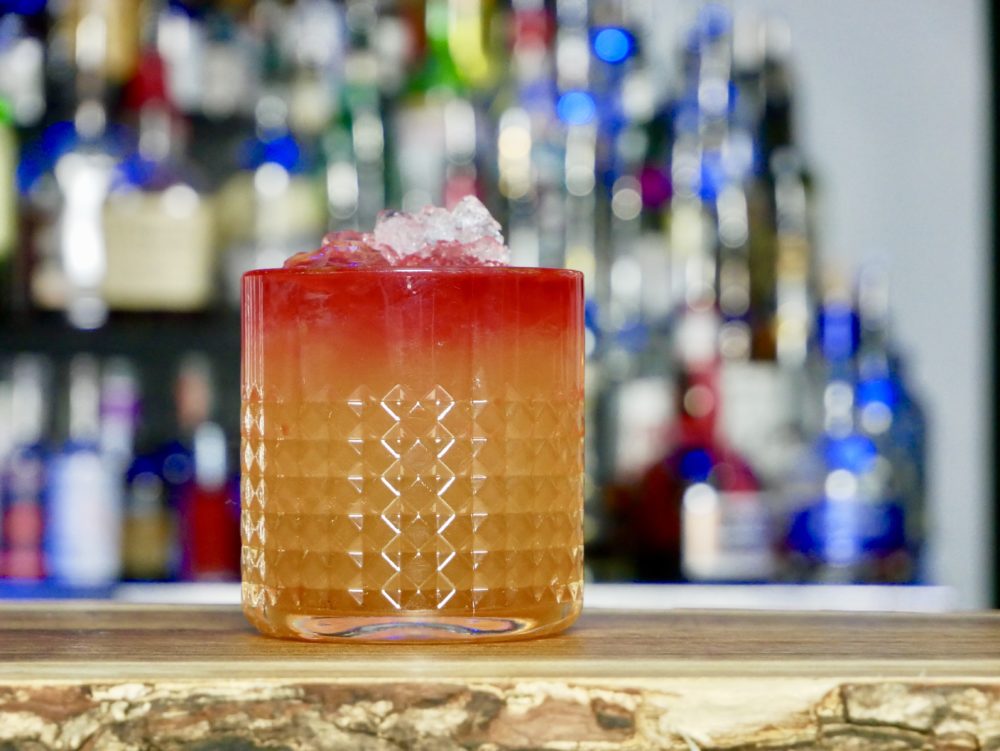 Not affiliated with Raw Distillery in Canmore, this popular cocktail bar is located in the trendy Hotel Arts in Calgary and embraces a “Grain to Glass” theme.

If you’re a Manhattan fan, order the Glacier Manhattan at Bridgette Bar, which is made with Park Distillery’s Glacier Rye, vermouth and charred cedar bitters.

Rambling. Hiking. Trekking. Crag-hopping. However you describe the act of strapping on boots and heading into the outdoorsy, Doug O’Neill is up for it. (Especially if it involves a good post-hike pint.) A longtime print and digital writer/editor, Doug tries to incorporate some element of nature or the outdoors into any voyage. He just co-authored his first nature guidebook: 110 Nature Hotspots in Manitoba and Saskatchewan. When not scribbling travel stories, Doug volunteers for various conservation and nature groups.