Mystery of the Maya

Of the mysteries hiding in the Central American jungle, unquestionably the most enigmatic is that of the Maya. A mighty civilization, the Maya were the undisputed masters of their rainforest world – until they disappeared without a trace. Their heyday, known as the Classic Period, was one of the most technologically advanced in Mesoamerican history, leaving archaeologists marvelling over their grasp of agriculture, astronomy, botany and engineering. 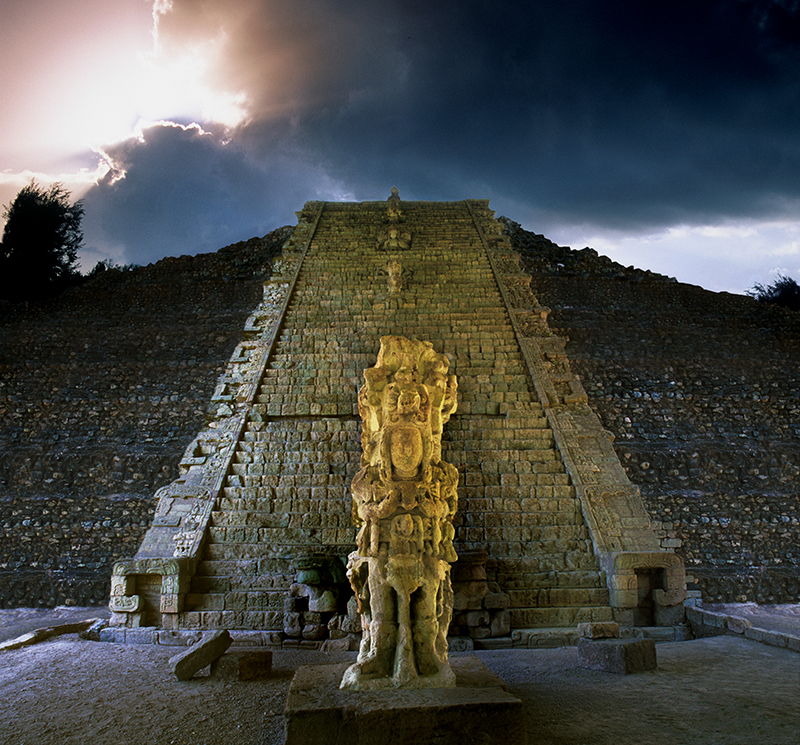 COPÁN – PHOTO IS COURTESY OF THE INSTITUTE OF HONDURAS TOURISM

Perhaps the most recognizable legacies of the Maya are their carefully crafted temples. Carved out of limestone and outlasting millennia of creeping jungle, these monoliths stand witness to the greatness of this ancient civilization.

BUT, WHERE ARE THEIR KEEPERS?
While theories abound, there is no conclusive answer as to what caused the disappearance of the Maya. Some say famine, others disease. Others say that the Maya never disappeared at all and simply abandoned their cities and temples for a more rural life.

Canadians visiting Belize, Guatemala, El Salvador and Honduras are forgiven for believing the latter theory. Even a short stopover in any of these destinations will introduce you to the descendants of the Maya, as friendly and engaging a people as their ancestors were fierce.

CONNECTING TO MAYAN CULTURE
Chances to meet modern Maya abound – with over 40 per cent of Guatemalans having Maya ancestry, and upwards of six million people speaking a variety of Mayan dialects. Even the most casual of visitors to Central America will have the opportunity to experience this vibrant culture.

With over 2.3 million Maya speakers in Guatemala alone, the Maya dialect of K’iche’ is as prevalent as the brightly coloured huipil gowns still woven by Guatemalan women. For travellers looking for souvenirs, a hand-woven huipil is a unique opportunity to bring a piece of living history back home for friends and family to marvel at.

Frequently featuring animal motifs, huipil gowns are painstakingly picked out on hand looms. Designs are community-specific, with each village having a particular design passed down through generations. Examples of historical huipil have been identified from etchings in royal tombs, including those of two queens – Lady Une’ B’alam in AD 317, and the Queen known only by the enigmatic moniker Lady of Tikal in AD 511.

Both queen ruled over the city of Tikal, now conveniently located only about 96 kilometres from the island city of Flores, Guatemala, itself a cobblestoned relic of the distant colonial past. With a variety of hotels to choose from, and tours departing frequently for the Tikal ruins, Flores makes the perfect base for a Guatemalan jungle adventure. While in town, don’t forget to check out Ak’tun Kan, also known as the Serpent’s Caves. This ancient cave system is home to curious geological formations, many of which resemble animals and people. 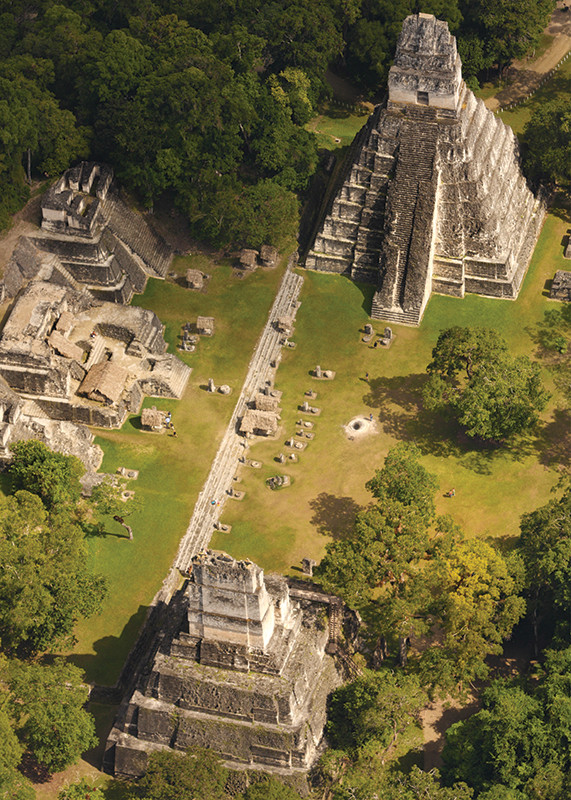 TIKAL – PHOTO IS COURTESY OF INSTITUTE OF GUATEMALA TOURISM – INGUAT

SACRED BIRDS IN GUATEMALA
Due to its relative remoteness compared to more popular Maya sites like Tulum and Chichen Itza, Tikal is a Canadian traveller’s best bet to discover an authentic Maya experience. An active archaeological site, the area has been partially reclaimed by the rainforest, offering bird-watching vacationers a rare opportunity to sight the rainbow-plumed quetzal – sacred bird of the Maya and the avatar of Quetzcoatl (the God of Air) – in its natural habitat.

Considered the harbinger of the gods, it was illegal to injure a quetzal. The Maya held this iridescent bird in high esteem and it comes as no surprise that the tradition continues to this day. The quetzal, depicted so vividly in ancient carvings, has now become the National Bird of Guatemala, and the name of the local currency.

For just a few quetzals, intrepid adventurers can take local microbuses from the town of Quiché, Guatemala, to the ruins of K’umarcaaj, an ancient Maya city still revered as a holy site. Impressively, descendants of the original inhabitants still attend religious ceremonies at the temple. Tourists are encouraged to ask permission from the guards before entering the site due to its religious and archaeological significance. Canadian travellers are also advised that the area is off the beaten track and facilities may be more rustic than the average resort. However, K’umarcaaj is sure to be a highlight for trekkers looking for true adventure. 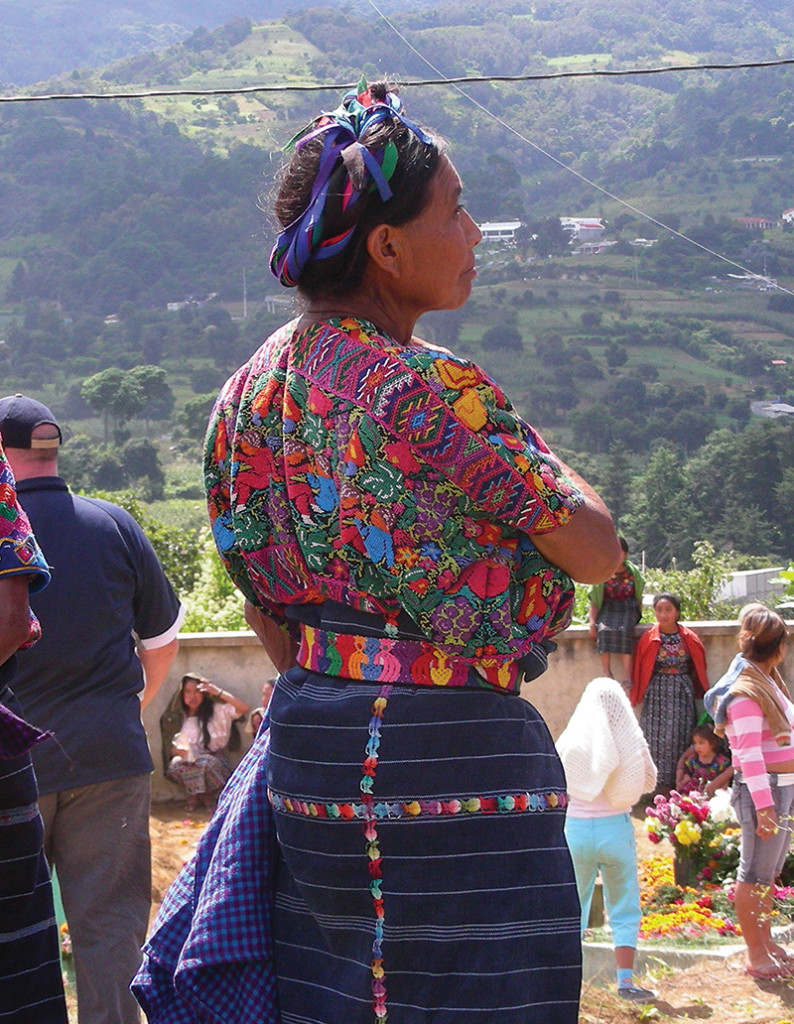 BELIZE, THE LAND OF JADE
Though famous for its world-renowned diving, Belize is also home to numerous Maya ruins, most notably Altun Ha. Featured on the Belikin beer label – as well as on Belizean bank notes – the Temple of the Masonry Altars is arguably one of the most recognizable Central American Mayan ruins. Along with its sister site, the Temple of the Green Tomb, the Altun Ha complex has been painstakingly restored by the Belizean government. Conveniently located just 56 kilometres from Belize City, the site boasts modern washrooms and refreshment stands, and is wheelchair accessible. Historically minded readers take note: Altun Ha is also one of Central America’s most archaeologically significant sites. With over 300 carved jade objects discovered in the Green Tomb alone, and boasting the largest jade statuette ever discovered, this ancient capital is rich in both treasure and history.

BURIED TREASURE IN HONDURAS
Travellers to Honduras should not miss their chance to visit the ruins of Copán. Boasting one of the largest collections of Mayan sculpture, and declared a UNESCO World Heritage Site in 1980, Copán is a must for any Mayan itinerary. Tourists should arrive early to take advantage of cooler temperatures, but please note that since Copán is under threat by looters, security may be stricter than usual. Despite this, travellers are treated to a warm welcome and tours can be arranged at the park. Also recommended is the Maya Museum, which can be entered for a nominal fee.

With over 400 identified sites, the Maya world’s legacy has something for everyone, but Central America definitely offers some of the lesser-travelled sites. From the jungle paradise of Copán to the volcano-damaged Cerén, the enigmatic ancient Maya left a wealth of treasures behind waiting to be discovered…but travellers should act quickly before the jungle claims the last relics of this fascinating civilization.

Vacationers looking to sample ancient Mayan cuisine might be surprised to know they already have. In fact, the majority of Canadians can already speak a few Mayan words. 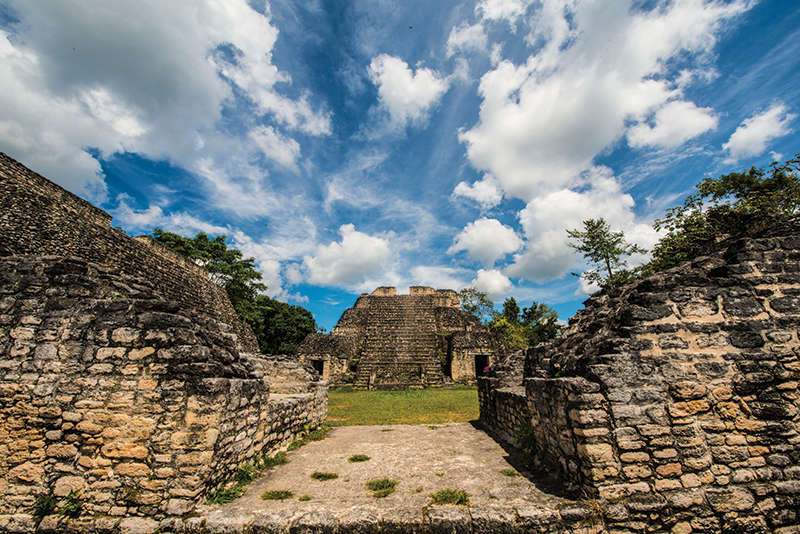 Chocolātl, for instance, is instantly recognizable as chocolate. The Maya held the humble cacao bean in such esteem that it was used as currency. Believed to be a gift from Quetzcoatl, chocolate was usually served at banquets as a frothy, chili-spiced beverage reserved only for nobles.

Guests fortunate enough to be offered a Mayan sauna should jump at the chance – the tuj is traditionally conducted in a stone chamber in which aromatic jungle wood is burned slowly. Fragrant leaves and flowers are thrown onto the coals and the resulting steam is said to purify body and mind.

After a relaxing sauna, travellers are encouraged to try another Maya specialty, the michelada. Made by infusing a light beer, like Tecate or Corona, with rough salt, cracked pepper and copious amounts of fresh-squeezed lime juice, this is the quintessential Central American way to end a long afternoon – or start a great day on vacation.

One Response to “Mystery of the Maya”