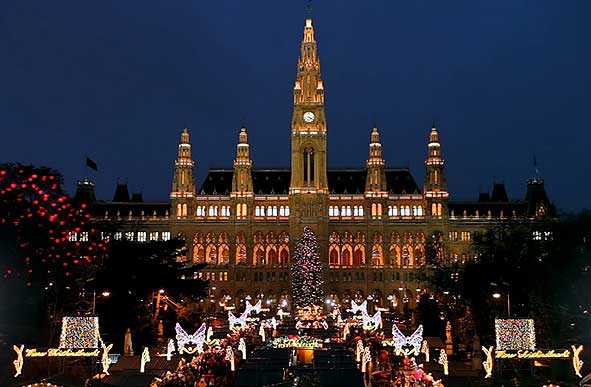 Nothing will put you in a festive, holiday mood faster than a Christmas market. A river cruise through Europe (I visited the ones listed here while on a Viking River Cruise), is one way to get your fix, as you’ll have the opportunity to visit multiple markets. Or, you may just be fortunate enough to be visiting one of these cities at the right time of year. Whichever way you happen upon them, these European markets are steeped in tradition, many dating back to centuries ago, and are some of the best in the world!

Budapest, Hungary
If you’ve never been to Budapest before, the city might take you by surprise, especially at Christmastime. One of the most festive and beautifully decorated cities you’ll ever see, Budapest really puts on a show for the holidays. While you’ll find multiple markets spread across the city, the two most famous are the ones found in front of the majestic St. Stephen’s Basilica and in Vörösmarty Square. The latter, the oldest Christmas market in Budapest, which is located at the base of the basilica, is home to over 100 stalls selling arts and crafts from local vendors. Don’t even think about leaving Budapest without trying kürtöskalács, a Hungarian chimney cake rolled in sugar. (You’re welcome.) 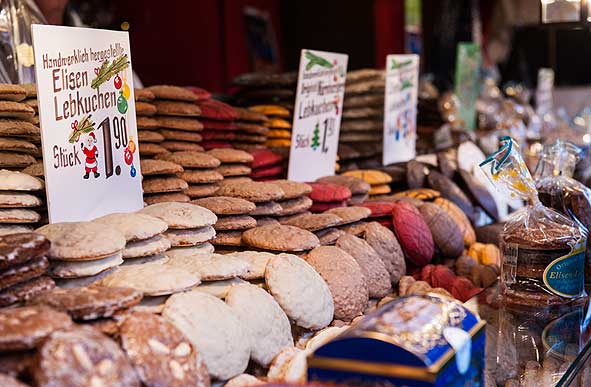 Vienna, Austria
When you think of European Christmas markets, Vienna’s might leap to mind—and for good reason. Steeped in tradition, Vienna’s Christmas markets date as far back as the Middle Ages and are rife with history. There are over 20 markets, ranging in size, but the most notable can be found in front of the majestic City Hall or Rathausplatz. This spot turns into a magical wonderland at Christmas, complete with the fragrant aroma of freshly baked goods wafting through the air. With a Christmas workshop and a carousel, this market is particularly exciting for children.

Linz, Austria
If the town of Linz isn’t familiar to you, perhaps its most famous dessert is! Linzer torte, named after its town of origin, is just one of the delights you’ll enjoy at the Christmas market in Linz. Situated in the city’s baroque main square, this market is lit from tip to toe in festive lights and over the course of the season, plays host to choirs and brass orchestras whose musicians perform the joyful soundtrack to the market.

Passau, Germany
Set in the square in front of St. Stephen’s Cathedral, the Christmas market in Passau, Germany, is admittedly smaller than its more well-known counterparts, but rest assured, it is no less charming. Set in the city’s historic centre, it is home to approximately 70 stalls selling Christmas decorations, gifts, arts and crafts, and of course, food and wine. This Christkindlmarkt, as it’s known, embodies all the magic and joy of the season.

Bratislava, Slovakia
Every December, Hlavné, Františkánske and Hviezdoslav Squares in Bratislava come alive with the spirit of the season. Stalls mainly sell crafts made using local materials like wood, glass, cornhusk and ceramic, as well as delectable local dishes (don’t leave without trying the potato flat cakes and cherry strudel!) At Hviezdoslav Square, a giant ice rink offers the perfect opportunity to lace up your skates and take a spin, and the many Christmas concerts mean holiday sing-along opportunities for young and old alike.

Latest posts by admin (see all)

No Responses to “Make merry at a European Christmas market”